Students over 18
Tax credits can start before a person graduates for students taking at least one-half the normal full-time course load for at least one semester.  The American Opportunity Credit is a two-year expansion of the Hope credit.  The maximum credit is $2,500 per student based on eligible education expenses and can be 40% refundable, which means that even if a person has paid in no taxes and owes no taxes they can get a cash refund from the IRS of up to $1,000.  A student qualifies for the refund if they are either over age 18 and pay for more than half their own support, have no living parent, or file a joint tax return.  The credits phase out at income levels beginning at $80,000 for singles and $160,000 for married.

Just Getting Started
The First-time Homebuyer Credit is for someone who has not owned a principal in the three years prior to buying another home. If the person is married neither spouse can have had ownership within the three year period.  There is an exception for persons who have owned a principal residence for at least five of the eight years prior to buying a new residence.  They are also considered to be first-time homebuyers.  The taxpayer must provide a copy of the settlement statement or other documentation proving purchase and date of ownership.  The credit is the lesser of $8,000 or 10% of the purchase price. The bad news: The property must have been under contract by April 30, 2010, set to close by June 30, 2010, and actually purchased by September 30, 2010.  The credit is refundable.

The Earned Income Credit is a refundable tax credit for low to medium income families, with or without children, and with less than $3,100 in investment income such as dividends and interest. The credit is based on income and increase ranges from a maximum of $457 for taxpayers with no children to $5,666 for taxpayers with three or more children.  To qualify taxpayers cannot file separately from their spouse, if married and are subject to income limitations based on the number of children they claim.  Due to rampant abuse of this credit the IRS has imposed penalties ranging from $100 per failure to disqualifying the taxpayer from taking the credits for anywhere from two for recklessness to ten years for fraud.

Having Children
The Child Tax Credit is a credit of up to $1,000 per child.  The child must be under age 17, a dependent of the person claiming the credit, and either a U.S. citizen, resident alien, or a legally adopted child that lived with the taxpayer for the entire year.  This credit is also subject to income phase-outs.  The phase outs begin at $75,000 for singles and $110,000 for married.  The phase out ends at increasing amounts depending on the number of qualifying children.  This credit can only be used to offset taxes.  It is not refundable but can increase your refund up to the total amount of taxes that a person has already paid in for the year.

Cutting costs and going green
There are several tax credits available for energy savings such as the Alternative Motor Vehicle credit, Personal Energy Property credits, and Residential Energy Efficient Property credits.  The alternative motor vehicle credits are for Qualified Hybrid Vehicles, Qualified Fuel Cell Vehicles, Qualified Alternative Fuel Motor Vehicles (QAFMV) and Heavy Hybrids, and Advanced Lean-Burn Technology Vehicles purchased before 2011.  Unfortunately, the IRS only issued credits for the first 60,000 vehicles from each of the participating manufacturers.  The only manufacturers that had not reached their limits prior to 2010 were Volkswagen/Audi.  The credit is 10% of cost up to a maximum credit of $4,000.

There is still a credit ranging from $2,500 to $7,500 for “plug-in” vehicles acquired after 2009.  The vehicles must be for on-road use, have four wheels, weigh less than 14,000 pounds, and be capable of traveling safely at more than 25 miles per hour.  Plug-in vehicles that do not meet these qualifications can still qualify for a credit of up to $2,500 if the vehicle is for on-road use.

The Personal energy property credit is a non-refundable credit for homeowners who install energy saving insulation, doors, windows, heat pumps, and appliances. The credit is equal to 30% of the cost, up to $1,500.  $1,500 is an aggregate limit for 2009 and 2010, so if any portion of the limit was used in 2009 only the remainder can be claimed in 2010. There is no income limit or phase-out on the credit.  The IRS has published the qualifications based on the energy saving capacity of the improvement made or item purchased. Nearly all retailers advertise whether their product qualifies for the energy credit.

The Residential Energy Efficient Credit is for taxpayers who install solar energy systems, fuel cells, small wind energy systems, and geothermal heat pumps.  The credit is equal to 30% of the costs and is unlimited except for fuel cells.  The credit for fuel cells is $1,000 per kilowatt of capacity. Like most other energy credits this one cannot do more than reduce your tax to zero in the current year.  However, unused portions of the credit can be carried forward indefinitely for use in future years.

Working
A very common credit is the Making Work Pay credit, which is the lesser of 6.2% of earned income or $400 per worker, meaning that dual income households can qualify for the full $800 credit.  To qualify an individual must have earned income of more than $6,451 if single or $12,903 if married filing joint.  The Making Work Pay credit is a refundable credit that begins to phase-out at $75,000 for singles and $150,000 for married.  The credit phases out entirely at $95,000 and $190,000 for singles and married respectively.

Savers Credit
The Savers Credit is a non-refundable credit up to $2,000 for married filing a joint return and $1,000 for all others.  The credit is equal to anywhere from 10% to 50% of amounts paid into IRAs or employer-sponsored retirement plans such as 401ks depending on the adjusted gross income (AGI) of the taxpayer(s).  The credit phases out completely for married at AGI of $55,501, Head of Household filers at $41,626, and at $27,751 for all others. 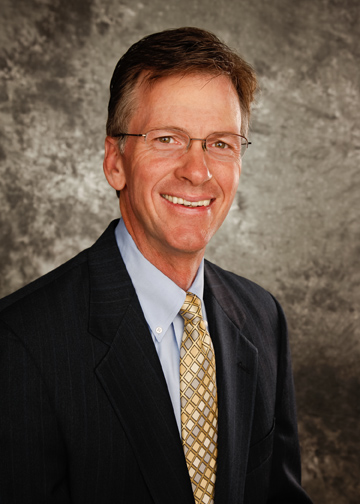 With an exemplary career focused in estate and succession planning, Rusty Hopkins is known as a problem solver with a diverse skill set.  By engaging challenges with a solid mix of creativity and risk management clients are guaranteed a professional relationship in which quality is certain.